This skyway installation from artist Luis Fitch is on view in Skyway 28 over Wabasha Street at 4th Street in Downtown St. Paul. 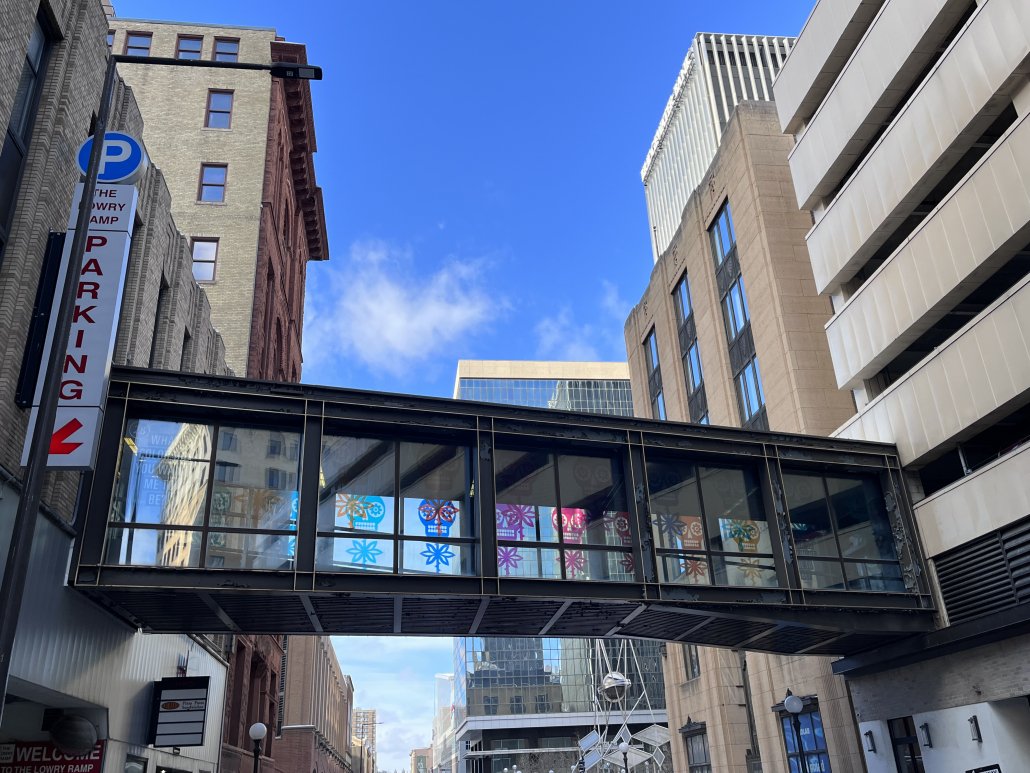 With Colonial Traumas, Twin Cities-based artist and designer Luis Fitch brings his signature stylized calaveras to the skyway bridge. The mural features colorful, vinyl cut-out skulls that represent the complexity of identity, place, and belonging for people of mixed race descent. Fitch has both felt and observed a frequent disconnect between how people of mixed race identify and how they are perceived. In this display, the calaveras act as both a mask and a filter with which to experience downtown Saint Paul. The colors, inspired by the traditional Crayola crayon box, are purposefully unrelated to skin tone. They playfully ask “what color do you want me to be,” emphasizing the feelings of uncertainty, frustration, and doubt that can come from existing both between and within multiple races, cultures, or ethnic groups.

By sharing this artwork, Fitch hopes to take the challenges faced by Latinx people in the United States as a starting point for conversations about the struggles of being mixed race in a culture where binary thinking is dominant.

Luis Fitch is an internationally recognized artist, designer, mentor and creative entrepreneur who is currently the founder of UNO Branding: a multicultural, strategic visual communication agency. Raised in Tijuana, México, Luis moved to the United States in 1985 and attended the Art Center College of Design in Pasadena, California. He graduated in 1990 with a Bachelor of Fine Arts degree. Fitch’s artwork has been presented nationally and internationally and is in more than 100 collections in Latin America and the US. 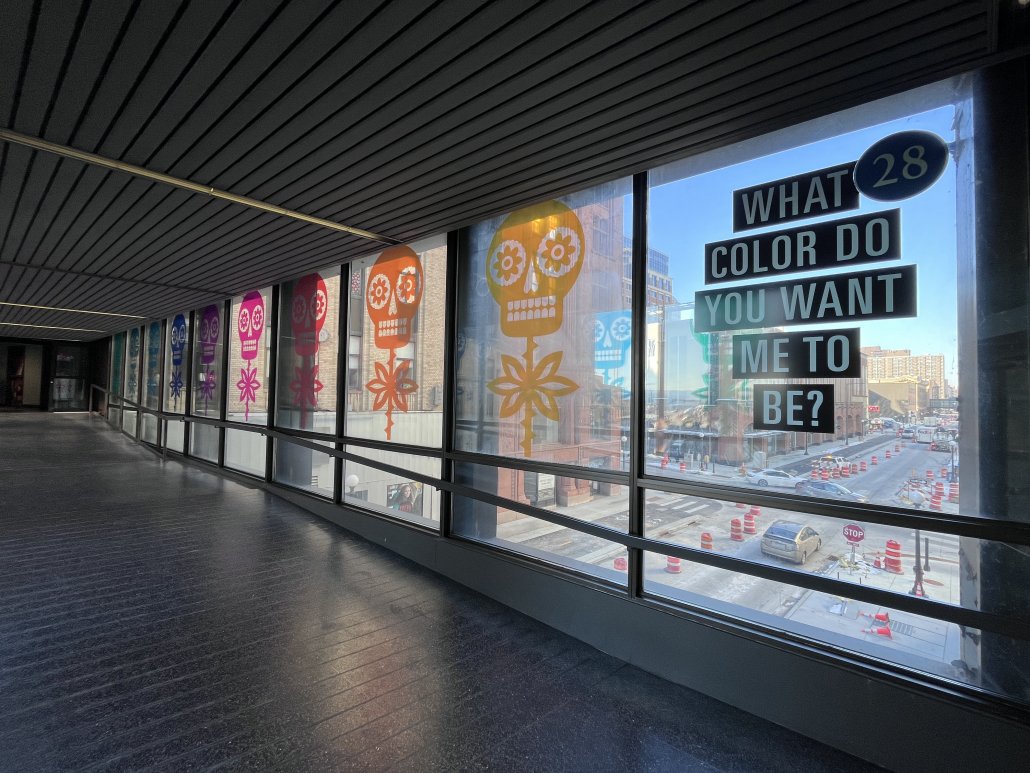 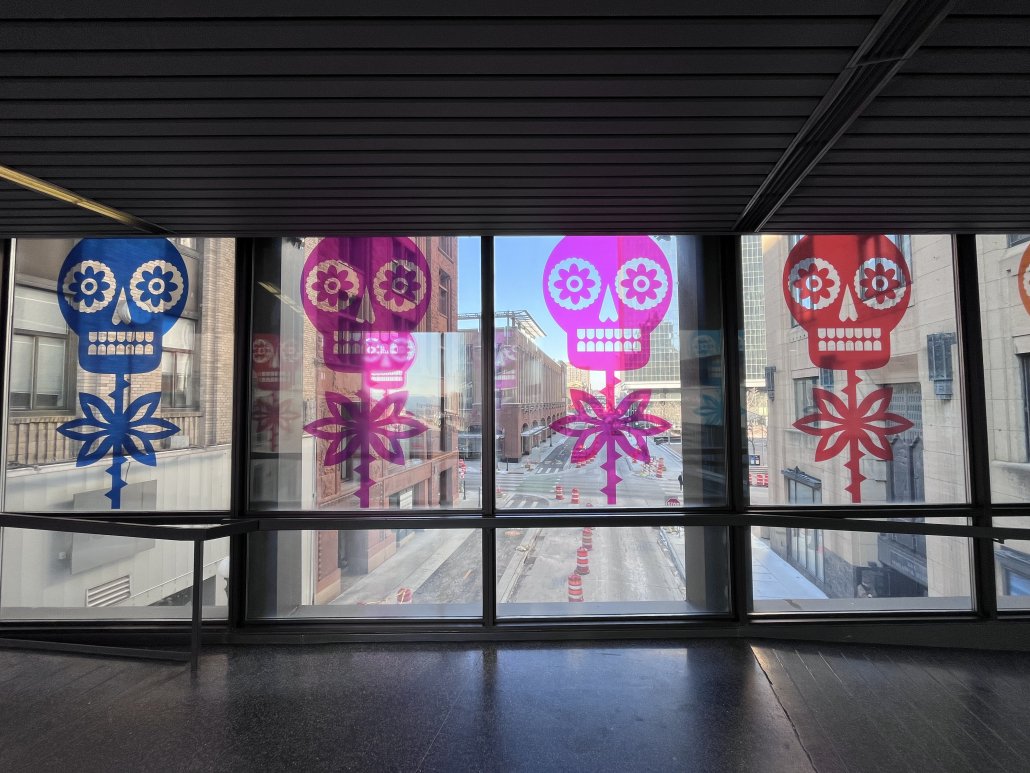