In partnership with the M, documentarians Melissa Olson and Ryan Dawes have created a new audio-documentary centered on the work of New York-based multimedia artist Brad Kahlhamer, whose major survey exhibition, Brad Kahlhamer: A Nation of One, is on view at the museum through August 25. The audio piece, “Post-Smithsonian Delinquent,” is part of Olson’s ongoing We Are All Connected series, a media-based project telling the present-day stories of Native people adopted by non-Native families in the U.S.

Kahlhamer describes both himself and his art as “tribally ambiguous.” Born to Native American parents and adopted as an infant by a German-American family in Wisconsin, Kahlhamer’s work occupies a “third place” in contemporary and indigenous art, unique in the sense that, while his work comments on his experience as a Native person, his perspective isn’t that of an artist working in a specific, traditional Indigenous art form. Olson frames the Native adoptee population as a unique diaspora, a group of individuals whose lived experiences traverse the complicated terrains of race and culture in America.

Olson and her co-producer, Ryan Dawes have been working on the “We are Connected” project since 2014. It’s a project with resonance in the Upper Midwest community. In November 2016 Olson’s team completed a cornerstone piece in the series, which aired on Minnesota Public Radio, Prairie Public Radio in North Dakota, and a dozen more local public and tribal radio stations across the country. The hour-long audio-documentary, Stolen Generations, recounts four Native adoptees and their adult daughters and the intergenerational impact of adoption. She has since produced three more related short audio stories for KFAI’s Minneculture series, the first of which was awarded a prize from the Minnesota for Professional Journalists.

She says, “As a person who grew up with a parent who is an adoptee, I am interested in adoption stories. I am particularly interested in what Kahlhamer has described as a feeling of ‘sustained unresolved,’ as it relates to issues of cultural identity. I know many adoptees who share in his experience. It can be a chaotic, messy place, in between, but it’s one worthy of exploration—and I think Brad’s expression of that crossroads of identity in his work is very moving. I hope listeners will potentially see other examples what Brad calls a ‘third place’ in many other areas of American culture life.”

Olson’s interview with Kahlhamer aired on KFAI’s Minneculture program this June. (You can find it online and listen anytime by visiting soundcloud.com/minneculture.)

Hear more about the project at the M on August 15 at 6 p.m.: Documentarians Melissa Olson and Ryan Dawes will present excerpts from the new audio-doc about Kahlhamer, “Post-Smithsonian Delinquent,” and discuss their ongoing work covering the stories of Native adoptees. RSVP to attend by visiting mmaa.org/postsmithsonian.

Melissa Olson makes her living as a writer and producer of independent public media. The daughter of an Ojibwe adoptee, her award-winning audio documentary Stolen Childhoods was produced in collaboration with KFAI Fresh Air Radio. She is a recipient of a MacArthur Fellowship in 2003 for her graduate work in American Studies. Melissa lives in Minneapolis with her boyfriend John and their bulldog Bronson. 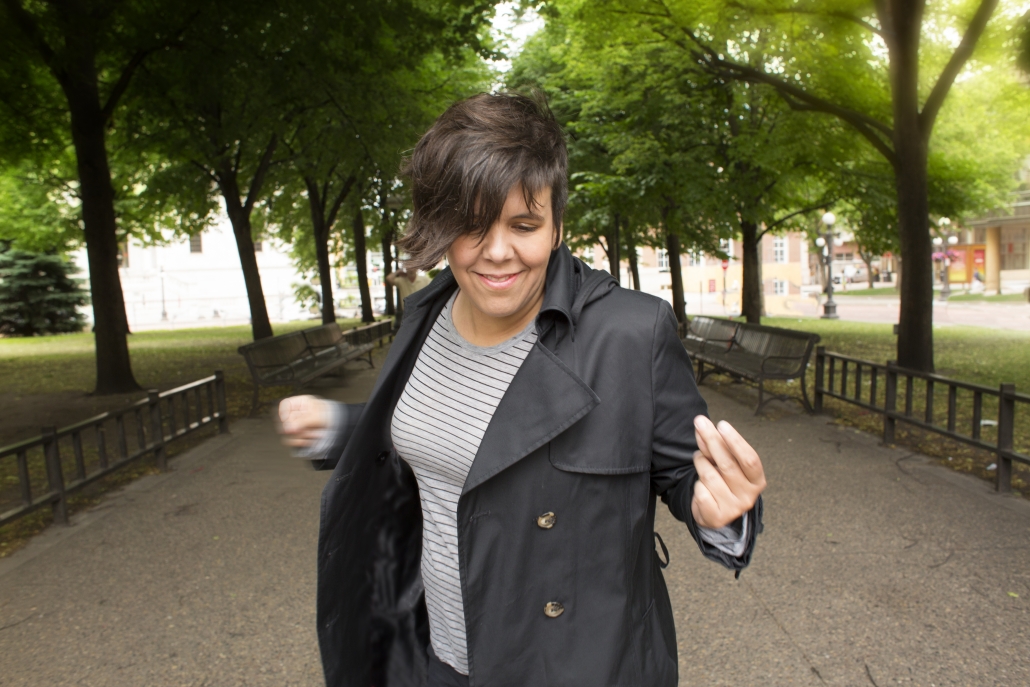