This will be a dynamic conversation on their experiences living on the margins of Black and white society in rural and suburban communities in Minnesota, centered around the theme of belonging. 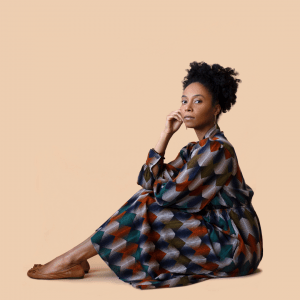 JoJo Bell is the Executive Director and the Director of Exhibitions and Programming for the African American Interpretive Center of Minnesota (AAICM). Her roles within the organization have led to collaborative programming with state historical institutions like the Minnesota Historical Society. She appeared as an expert in the Society’s 2017 documentary Storied: African Americans in WWI. In 2019, JoJo curated The Builders exhibit for AAICM. The Star Tribune named the exhibit one of the top ten of the year. Currently, JoJo is writing a book scheduled to be published by the Minnesota Historical Society Press in 2022. 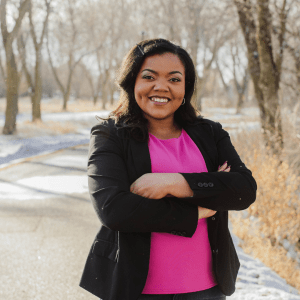 Cheniqua Johnson (she/her) comes to this discussion as a native and resident of Worthington, Minnesota. She is a first-generation college graduate who received her Bachelor of Science degree in Family Social Science from the University of Minnesota in 2017. Post-graduation, Cheniqua has worked predominantly in community organizing, politics, and Congress. Some of her previous roles include being a Legislative Assistant for the United States House of Representatives Subcommittee on Aviation, Honorary City Councilmember of the City of Worthington, Staff Assistant and Legislative Correspondent for former Congressman, now Attorney General, Keith Ellison, and District Outreach Coordinator for the first Black Hennepin County Commissioner, Angela Conley. In 2018, Cheniqua became the youngest and first Black woman to run for State Representative in Southwest Minnesota. She now serves as the Relationship Manager for the Saint Paul & Minnesota Foundation and the State Outreach & Inclusion Officer of the Minnesota Democratic -Farmer-Labor Party. From government and community organizing to philanthropy and outreach, Cheniqua has had many experiences reaffirm two main things for her: she is a public servant and proud advocate for the communities and causes about which most passionate. 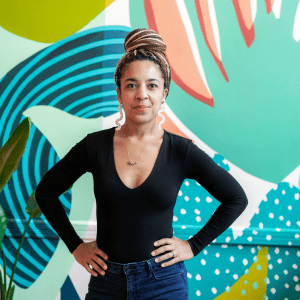 Alex West Steinman is the co-founder and CEO of The Coven, a community and workspace for women and non-binary people. A 2019 Bush Fellow and one of Inc.’s 100 Female Founders, she paves the way for a more inclusive and interesting present. In addition to her passion for the economic empowerment and advancement of women, she raises tiny humans alongside her husband and enjoys sharing insights with budding entrepreneurs and leaders. 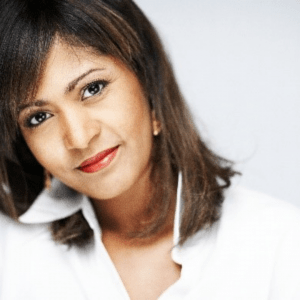 Robyne Robinson is the award-winning Principal for fiveXfive Public Art Consultants – a firm that brands strong business identity within the community through the arts.  She has been written about in MN Architecture and Artful Living Magazines and featured in Public Art Review for her work in community art and spatial design.

The former Director of Arts @ MSP, Robyne developed arts and culture programming at MSP International Airport, generating millions in revenue for the state and Minnesota’s arts community through commissions, exhibitions, and programming at the airport.  Her work at MSP received praise from transportation writers and the national media, including The New York Times.

Robyne is well-known as an Emmy-winning news broadcaster in the Twin Cities – and as the first African American prime time news anchor in Minnesota.  It was during that time she also produced and hosted the first nightly arts and entertainment segment in a major newscast – ‘The Buzz’ – which resulted in international press, and a lengthy relationship with Prince.

Robyne is also the creative mind and designer behind ROX Jewelry, sold throughout the US.  Her imaginative work in gemstones and artisan metals has been displayed at the Lewis Museum of African American Art in Baltimore, the Studio Museum in Harlem, fine art galleries and featured in both US and UK magazines.

Robyne’s received numerous honors, including being selected as a 2010 candidate for Lt. Governor.  She’s a Hubert Humphrey fellow at the University of Minnesota, and the critically praised curator and owner of flatland gallery (2000-2003).  The boutique gallery was featured in critical publications like Art News Magazine and helped support the early careers of LA illustrator Kii Arens and ceramic artist and Distinguished Visiting Professor at University of California-Berkeley Edith Garcia.

Robyne most recently moved to Southern California to serve as Public Art Coordinator for the City of Carlsbad.  In a short time she’s collaborated with contemporary galleries on the coast, like the Hill Street Country Club in Oceanside and San Diego’s Bread + Salt.   She’s also a frequent contributor to several arts and lifestyle magazines, including Art of the West.

She rounds out her list of awards with her 2018 induction into Minnesota’s Broadcasting Hall of Fame – another milestone as the organization’s first African American honoree.