Celebrate the opening of the exhibition with curator JoJo Bell, Executive Director of the African American Interpretative Center of Minnesota and special guest hip-hop artist Nur-D. 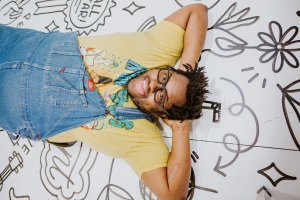 Nur-D is a hip-hop act that is sure to blow your mind. Hitting the scene in 2018 Nur-D has rocketed into the music scene taking the Mid-West and now world by storm. His mix of fun pop culture lyrics, powerful vocals, and deep emotional honesty creates a musical experience that has to be experienced. Nur-D has done shows across the country, performing for The Kennedy Center, Us Bank Stadium, and the home of Prince Paisley Park. Winning Best New Artist in 2019 and Best Local Concert in 2020 (CityPages) it’s easy to see why Nur-D is quickly becoming the act to see! 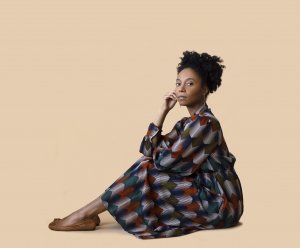 Jokeda “JoJo” Bell is the Executive Director and the Director of Exhibitions and Programming for the African American Interpretive Center of Minnesota (AAICM). Her roles within the organization have led to collaborative programming with state historical institutions like the Minnesota Historical Society. She appeared as an expert in the Society’s 2017 documentary Storied: African Americans in WWI. In 2019, JoJo curated The Builders exhibit for AAICM. The Star Tribune named the exhibit one of the top ten of the year. Currently, JoJo is writing a book scheduled to be published by the Minnesota Historical Society Press in 2022.