A part of the VIP Dinner at Night at the M 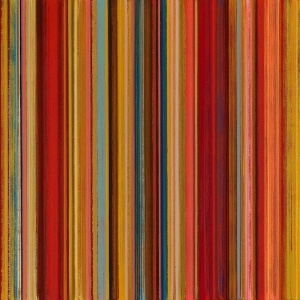 Lisa Nankivil is a distinguished painter and printmaker known for her bold, striped oil paintings and abstract monoprints. She works in abstraction, but her pieces are distinct from her modernist predecessors for embracing the material richness and personality of oil paint. They are not formalist in their sensibility; rather they explore the tensions between surface and depth, organization and chaos, and the starting and stopping of a line. She won the Jerome Fellowship for Emerging Artists in 2005 and exhibits nationally and internationally; her work is held in public and private collections worldwide, including the Minneapolis Institute of Art; Scottsdale Museum of Contemporary Art, Arizona; and Borusan Contemporary Museum, Istanbul, Turkey. After featuring one of Nankivil’s paintings in its Minnesota Biennial, i.e. Forces in Play, the M acquired the piece for its collection. She is represented by Spanierman Modern (New York), Thomas McCormick Gallery (Chicago), and William Shearburn Gallery (St. Louis, MO). 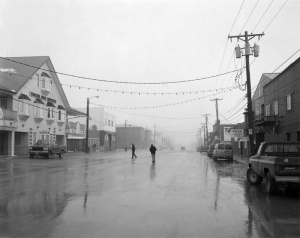 Alec Soth is a nationally-renowned photographer, whose work has been compared to iconic representations of the United States, including Walker Evans’s pictures of the Great Depression and Robert Frank’s series The Americans. This photograph is part of a series Soth did of Nome, Alaska. According to the artist, “More than any other location I’ve been to in the US, Nome evokes a feeling of frontier rawness.” Soth has received fellowships from the McKnight, Bush, and Jerome Foundations and was the recipient of the 2003 Santa Fe Prize for Photography. There are six photographs by Soth in the M’s collection, including Brian, Williston, South Dakota, which was featured on the cover of The New York Times Magazine in 2013. His photographs are represented in major public and private collections, including the San Francisco Museum of Modern Art, the Museum of Fine Arts, Houston, and Walker Art Center. 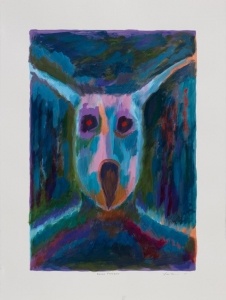 Jim Denomie is one of Minnesota’s most celebrated and respected painters. In 2019, he was honored with state’s most prestigious artistic honor, the McKnight Distinguished Artist Award. He is the first Native American artist to receive the prize. The Ojibwe artist is known for his humorous but unflinching examinations of American histories of racism and violence towards  indigenous people. His work is held in many collections, including the Walker Art Center, the Minneapolis Institute of Art, and the Denver Art Museum. The M holds four works by the artist in its collection. Denomie is also on the M’s Board of Trustees. 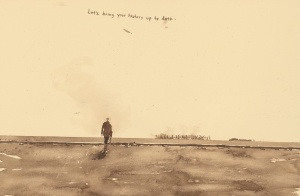 Nationally-celebrated and locally-based, David Rathman is best known for his images of stereotypically masculine motifs in American life, like cars, cowboys, and scenes of the Old West. With its sepia tones, sensitively-rendered figure against a barren landscape, and enigmatic, thought-provoking text, this work exemplifies the emotional and visual allure of the artist’s work. Rathman has received a McKnight Foundation Fellowship, Bush Foundation Visual Arts Fellowship, Jerome Foundation Fellowship, and the Minnesota Book Award. There are three watercolors by Rathman in the M’s collection. His work is also included in the collections of the Art Institute of Chicago, the J. Paul Getty Museum, the Minneapolis Institute of Arts, the New Museum of Contemporary Art, Stanford University and Walker Art Center.

Join us on Saturday, November 2, and you’ll have a chance to bid on an amazing selection of work, many of whom by artists who represented in the museum’s own collection.

Thank you to our 2019 Host Committee: