As a companion to A Choice of Weapons, Honor and Dignity: The Visions of Gordon Parks and Jamel Shabazz, the M will open Gordon Parks: A Homecoming, an installation in the Henrietta Shcmoll Rauenhorst Court. March 7 is the anniversary of Parks’s death, and the installation is a celebration of his time here in the Twin Cities. In the late 1930s, Gordon Parks worked as a staff photographer at the St. Paul Recorder and the Minneapolis Spokesman; he shot the latest fashions for Frank Murphy’s Department Store in downtown St. Paul; and he had his first solo exhibition at the Hallie Q. Brown Community Center in Rondo. During his early career, Parks focused on portraiture and fashion photography. He began by taking portraits of Twin Cities society women and went on to contribute pictures to Glamour and Vogue, to shoot Parisian fashions for Life, and to co-found and serve as artistic director for Essence magazine. Parks viewed style as a means of self-expression, a way for people to define themselves and their communities, and a weapon against prejudice and stereotypes.

Gordon Parks: A Homecoming pairs works from Parks’s years in the Twin Cities with pictures inspired by them. In her latest project with the Lovin’ The Skin I’m In initiative (founded in 2004), Robin Hickman-Winfield partnered with students at Gordon Parks High School and Frank Murphy’s Fashions to stage photographs inspired by Parks’s years in the Twin Cities and his life-long interest in capturing beauty and fostering self-esteem. 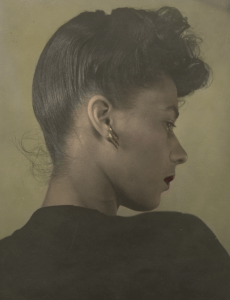 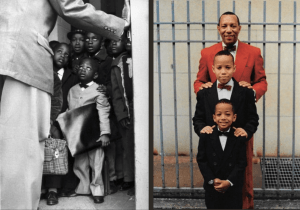 This exhibition includes photographs that document expressions of dignity, honor, hope, and love in the African American community by two towering photographers. Featured works include Gordon Parks’s astonishing images from the Jim Crow-era through the civil rights movement, and photographs by Brooklyn artist Jamel Shabazz, who has followed in Parks’s footsteps from the 1980s to the present day. A Choice of Weapons, Honor and Dignity explores how Parks and Shabazz have both used photography to empower communities and lift up Black voices. The exhibition is curated by Robin Hickman-Winfield, CEO and Executive Producer of SoulTouch Productions and a great-niece of Gordon Parks. She first collaborated with the M in 1998 on the landmark traveling exhibition Half Past Autumn: The Life and Works of Gordon Parks, helping to bring the show to St. Paul.