Between 1952 and 1964, the M produced a series of fine art biennial exhibitions titled Fiber-Clay-Metal. During that period it was uncommon for art museums to feature fine craft, and the exhibitions attracted submissions throughout the country. The M purchased extensively from these exhibitions, resulting in a wonderful array of mid-century fine craft in its collection. Some of the artists represented went on to become leading figures in their fields. This piece by Voulkos (1924-2002) was from the 1959 iteration of the biennial, early in his transition from carefully turned and decorated functional pieces to rough, often slab-built abstractions. His work at a 1960 Museum of Modern Art show and the next year at the Seattle World’s Fair brought him world acclaim – and notoriety – as he became one of the main revolutionaries transforming American ceramics. 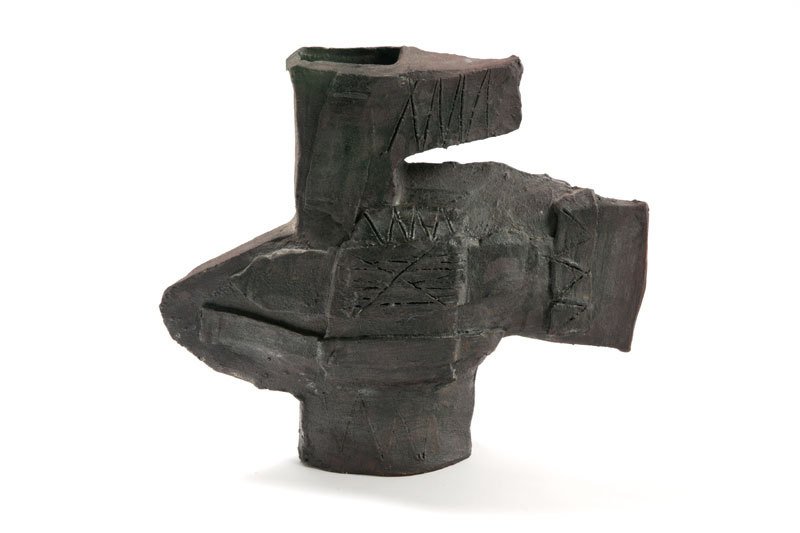