The Minnesota Museum of American Art (the M) staff and board, like many in our community, are mourning the loss of artist Jim Denomie (Lac Courte Oreilles Ojibwe). Jim will always be one of the most deeply and widely respected and beloved artists in this region, for he possessed a singular, brave artistic voice, a passion for his community, and an unmistakable wit.

Jim was the recipient of many of the greatest honors an artist in this region can receive, including the McKnight Distinguished Artist Award, which recognizes an artist for a lifelong commitment to enriching the state of Minnesota through a sustained creative practice that is locally, regionally, and nationally significant. Fellow Ojibwe artist, and friend to Jim, Andrea Carlson, has written that she considers Jim to be “the best artist in the world.” She is not alone, as we at the M agree with this sentiment.

You wouldn’t perhaps expect someone of such artistic talent and prestige to also be one of the most humble and generous people you could meet. He gave back to this region in so many ways, mentoring and supporting younger artists from diverse backgrounds, speaking about issues of importance to BIPOC communities on countless panels, donating his time and work to local organizations. He recently finished a three-year term serving as a volunteer on the board and collections committee at the M, where he uplifted Indigenous artists, perspectives, and histories and made significant strides in building a more equitable museum.

The time Jim gave to such activities was a gift, because he was most energized and fulfilled in his studio—creating art. Primarily working in drawing and painting, Jim developed a style so distinctive, his work cannot be mistaken for anyone else’s. He is best known for large, complex, and vibrant narrative paintings that bring layers of historical and contemporary references into a transfixing visual mix, enlivened by his sharp intelligence, biting humor, and occasional outrage. His work—always zeroing in on truths that are timely, necessary, and often suppressed in broad public consciousness—jolts the sleeping awake. Jim had a unique talent for tackling some of the hardest topics that our communities face, with an air of humor and color like no other.

Jim served on the search committee for the M’s new executive director and played an important role in placing Dr. Kate Beane (Flandreau Santee Sioux Dakota) in the position, making her one of the first Native executive directors of an American art museum. Dr. Beane cites Jim’s work as a powerful example of the way in which visual arts can take on challenging, divisive topics, fostering understanding across differences when verbal and written language falter, “Jim will forever be known as an ingenious artist, visionary, and friend. His contributions to this world are without measure, just like the size of his heart, and the strength of his spirit. He was also one of the best at visiting. He always took the time to check in and listen. A true gentle warrior and friend.”

As was his way, Jim approached life with thoughtfulness and care in ways that meaningfully contributed to the honoring of Indigenous pasts and the flourishing of Indigenous futures. With deep gratitude and a handshake, we at the M celebrate the life and contributions of Jim Denomie, and send love and light to his wife and family. 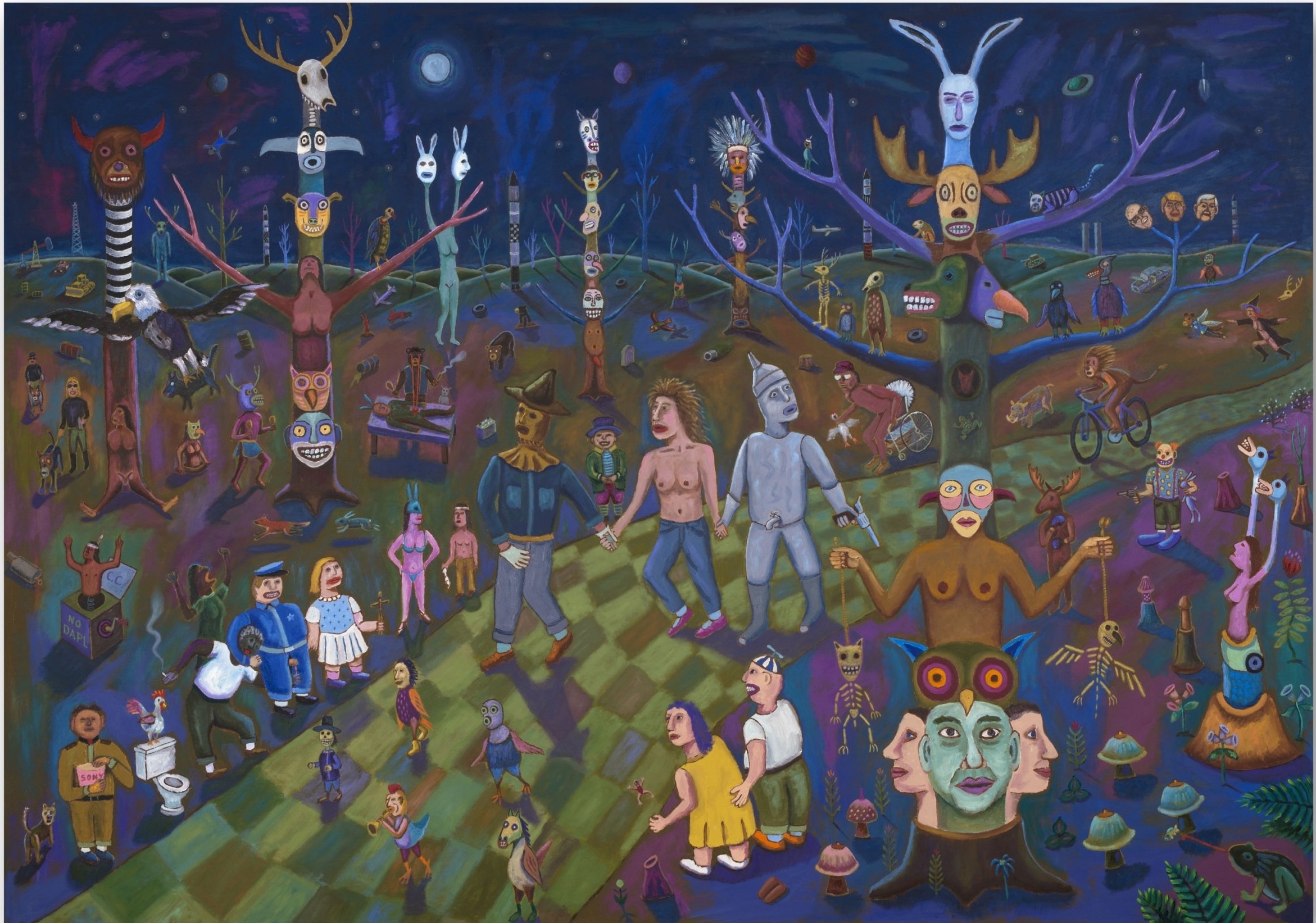