Sherin Guirguis: Here I Have Returned

Tacked up on the wall of Sherin Guirguis’s Los Angeles studio is an assemblage of papers with geometric patterns and fragments of text, photographs, and newspaper clippings (fig. 1). Among this abundance of material is a photograph of Doria Shafik (1908-1975) who stares off into the distance with quiet but unshakable determination. Guirguis has been exploring Shafik’s life, writing, and activism for five years now, as part of her ongoing interest in mining forgotten histories of Egyptian feminists. Digging through archives and letters and conducting interviews with Shafik’s daughters, for this project Guirguis acts as researcher, historian, and finally artist, synthesizing her discoveries about Shafik’s significance with her own artistic practice, replete with evocations of architectural design, craft traditions, language, and poetry.

In Azbakeya (Sun Disk) (fig. 2), Guirguis explores Shafik’s first major public appearance, a speech she gave when she was only 19 years old to the Egyptian Feminist Union. Shafik was invited by Huda Sha’wari, the Union’s founder, and in her address to the group at the Azbakeya Gardens Theater in Cairo, she called for a fundamental overhaul of women’s education in Egypt.[1] The geometric pattern in this paper-cut replicates the ornate designs of the fence outside the Azbakeya Gardens. Guirguis’s process of cutting through paper evokes her larger project of digging through archives, peeling back layers of information, and excavating histories. As Guirguis herself has said of this process, “when you pierce, you see through.”[2] Yet, Guirguis combines this subtractive process of cutting with an addition of paint to the surface of the paper, creating a push and pull between placement and displacement, covering and uncovering.

Guirguis uses this same technique in her Storming Parliament series (fig. 3), works that represent Shafik’s most famous political action. A proponent of civil disobedience, Shafik organized protests, hunger strikes, and sit-ins to campaign for Egyptian women’s rights. In 1951, she organized a “Feminist Congress” at the American University in Cairo. As Shafik took the stage to address the gathering, she said,

“My sisters, this is our first parliament; it represents one-half of the nation. Luckily it has met at the same hour and in the same part of town as the parliament of the other half of the nation. I propose that we go there, strong in the knowledge of our right, and tell the Deputies and Senators that their assemblies are illegal so long as our representatives are excluded, that the Egyptian Parliament cannot be a true reflection of the entire nation until women are admitted. Forward to Parliament.”[3]

Shafik then led 1,500 women to storm the gates of Parliament, demanding that they be given the right to vote and to hold public office. Guirguis’s representation of this event shows a dynamic confrontation, as vibrant indigo paint sweeps across the neat geometric cutout forms that are modeled on the design of the gates of the Egyptian Parliament Building. This forceful blue current references the political party Shafik founded, Bint al-Nil (Daughters of the Nile).

Shafik campaigned for social reform on two fronts, both in Egypt and in the West, and she received resistance from both sides. During the same years she fought for women’s rights in Egypt, she also sought to defend her homeland against the stereotypes she encountered during her time in the West.[4] It is notable that Shafik wrote her poetry and edited a magazine La Femme Nouvelle (The New Woman) in French, a language in which she could address the Egyptian elite and foreign audiences, but also founded and edited another publication Bint al-Nil (Daughters of the Nile) in Arabic, which was directed at the general Egyptian public. In Egypt, nationalist critics alleged that Shafik was too foreign, too French to be truly Egyptian. Western journalists, on the other hand, dismissed Shafik’s efforts on the basis of her appearance, referring to her as “the revolutionary in mink,” “the world’s most feminine feminist,” and “a chic woman with a whim of iron.”[5] Western news outlets also maintained a steady stream of condescending comments about Egyptian women and Islam in general.[6]  Yet however demeaning the foreign press’s treatment of Shafik, it was nothing to the ostracization she faced in Egypt after the rise of Gabel Abdel Nasser in 1954. Shafik continued to campaign for social reform under Nasser’s reign, but in 1957 she was placed under house arrest, where she would remain until her death in 1975.

In 1979, Shafik’s daughters and her long-time friend Pierre Seghers posthumously published a book of poems she wrote while under house arrest, titled Larmes d’Isis (Tears of Isis).[7] Guirguis’s sculpture by the same name (fig. 4) is composed of an unusual mix of materials: some rough, others smooth; some durable, others delicate. This kind of aesthetic tension is also present in Guirguis’s paper-cut works, which include both hard-edge geometry and the 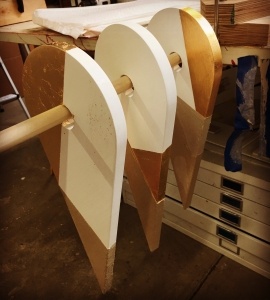 Fig. 4 Larmes d’Isis (Tears of Isis), in progress at the artist’s studio. Courtesy of the artist.

soft liquidity of paint. The apparent contradictions within this work and its ultimate compositional unity, serve as a metaphor for Shafik’s identity, as a woman from Egypt educated in the West, writing in Arabic and French, a polished bourgeoisie and an uncompromising political activist.[8] It is a sculpture, which, like Shafik herself, defies easy characterization and ready dichotomies, that is both and in-between.

Larmes d’Isis is also the title of a poem that Shafik composed in response to the ancient Egyptian myth of Isis and Osiris According to the story, Osiris was murdered by his brother, who cut his body to pieces and scattered them along the Nile. Osiris’ wife, Isis, then travelled throughout Egypt to collect the pieces and bring him back to life. Guirguis has said she was drawn to this “tragic and beautiful story about love, pain, and redemption.” She infused the work with nautical themes—using rope and wood, for example—in reference to Isis’s voyage along the water. Guirguis’s larger project echoes Isis’s mission, as she searches for traces to reconstruct and revive Shafik’s legacy.

When you pierce, you see through.

Guirguis is still working through her fascination with Shafik, who will likely continue to inspire her art. According to the artist, Shafik has become much more than her subject. After living with traces of Doria Shafik for years, her presence pervades the studio space, and she has become a source of inspiration for Guirguis’s larger art practice and sensibility. Guirguis sees herself in Shafik’s story. Her position between cultures and her complicated relationship with her homeland are themes that Shafik described in her poem “Here I Have Returned,” from which Guirguis drew the title for this exhibition:

O, my homeland
Here I have returned
Will you welcome me
This time
with
A little more love? [9]

Shafik’s words and Guirguis’s reuse of them convey a deep affection and longing for Egypt, alongside underlying feelings of displacement and rejection. Yet for Guirguis, Shafik creates an uplifting presence in the studio, acting as a symbol of determination and perseverance.

[2] Sherin Guirguis, interview with author, August 15, 2019. All quotes by the artist referenced in this essay stem from this interview.

[6] See for example, Alicia Patterson, “Egypt’s Women Owe Votes To Battle of Few, Their Lot Still Lowly in Moslem Land,” Chicago Daily Tribune, July 18, 1956, 8, who states, “Women are discriminated against in the Moslem religion…According to the Koran, the female is the chattel of the male…Most women have accepted their lot thru hundreds of years as the will of Allah with bovine-like apathy.”

Mia Laufer is Curatorial Assistant at Minnesota Museum of American Art. She received her PhD in Art History at Washington University in Saint Louis, specializing in Modern and Contemporary Art. A Brooklyn native, she moved to Minneapolis in 2018. Before joining the staff at the M she worked and interned at museums in New York, Greenwich, and Saint Louis, including the Solomon R. Guggenheim Museum, the Bruce Museum, the Mildred Lane Kemper Art Museum, and the Saint Louis Art Museum. She has also worked as an Instructor and Teaching Assistant at Washington University. 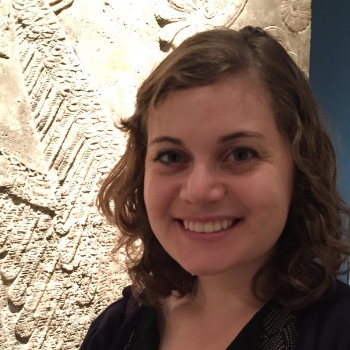 Night at the M: Live Auction
Scroll to top