A Choice of Weapons Treasures with Robin Hickman-Winfield

Jamel Shabazz contributed to a recent series of playlists from photographers on Aperture’s blog, writing that “Music has always played a major role in my creative process. It fed my soul and provided me with a glimpse into a larger world. I am personally drawn to music and recording artists that address political and social issues. Those types of songs and artists are needed more today than ever before due to the current state of the world. It brings me great joy to share these ten songs that are all very close to my heart and soul.”

Click here to listen to the playlist on Spotify.

Malcolm X was a true activist and was a part of the civil rights movement. He stood up, fought back and risked himself trying to see brighter days.

He shows his honor by raising his hand to the world.

As a photojournalist for Life magazine, Gordon Parks was assigned to report on a resurgent African American political and religious movement known as Nation of Islam. As Parks suggests in his recollections about the experience, the group was associated with advocating for militant strategies for achieving the empowerment of Black Americans.

“In 1963 the turbulent black revolution was steadily building and Life magazine wanted to cover it. The Muslims and Malcolm X, their fiery spokesman, had become the magazine’s first target…It seems reasonable that at the time, Life’s editors would question my ability to report objectively about black militancy. I was black and my sentiments lay in the heart of black fury sweeping the country.

Certainly the black militants would have their doubts about me as well. I was a black member of a white team. But they wanted to be heard and I was in a position to accommodate them through the pages of a prestigious magazine…

I came to like and respect Malcolm and address him as ‘brother.’ He seemed to like me, but from him it was always ‘Mr. Parks.’ I was beside him on the night the Los Angeles police entered the Muslims’ mosque, shot it up, and killed a member. I remained close by him when the Muslims were put on trial later on. We were aboard a late flight to New York. ‘Brother,’ he said, ‘my daughter Qubilah needs a godfather and I nominate you. How about it?’

Below are some Gordon Parks-related treasures from the M’s archives.

The introductory paragraph written here in this newspaper feature reads: “Gordon Parks – writer, composer, poet, film-maker and award-winning photographer for Life magazine – was in town recently for the opening of a retrospective exhibition of his photographs at the Minnesota Museum of Art in Landmark Center. Nearly 500 friends and admirers turned out to greet parks at the exhibition preview, and for the screening of his latest film, “Solomon Northrup’s Odyssey” following the reception. The exhibition “The Photographs of Gordon Parks” will continue through April 22.”

This photo, which is included in the upper right-hand corner of this newspaper feature, is captioned: “Kurt Walker, nephew of Gordon Parks, and his wife, Anita, posed with his uncle and M. J. Czarniecki, Director of the Minnesota Museum of Art.” 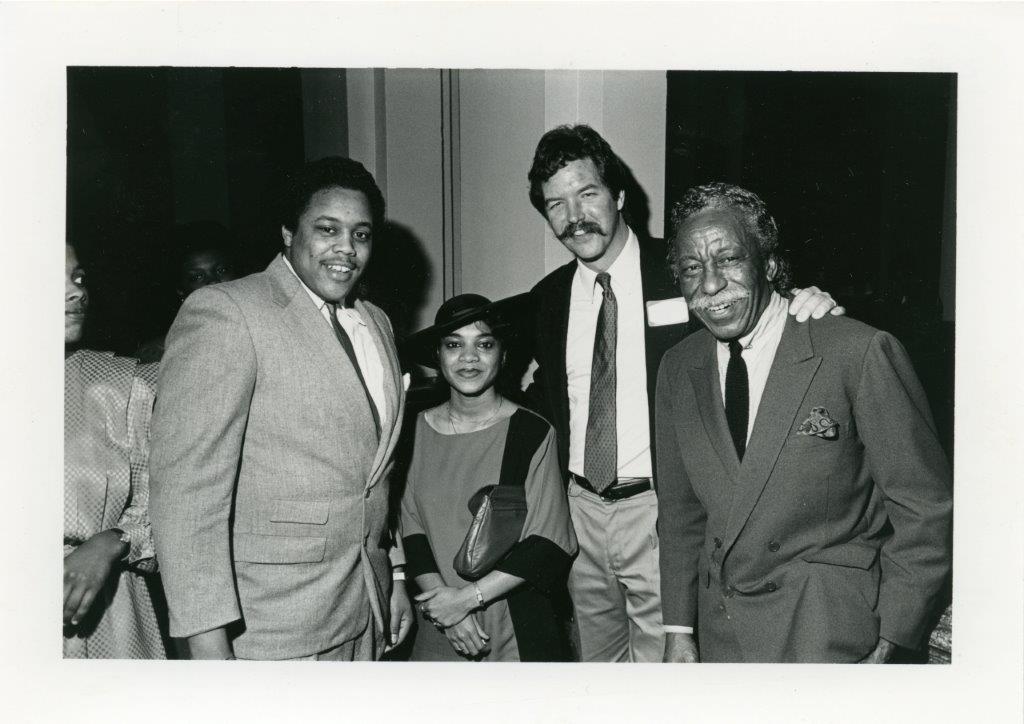 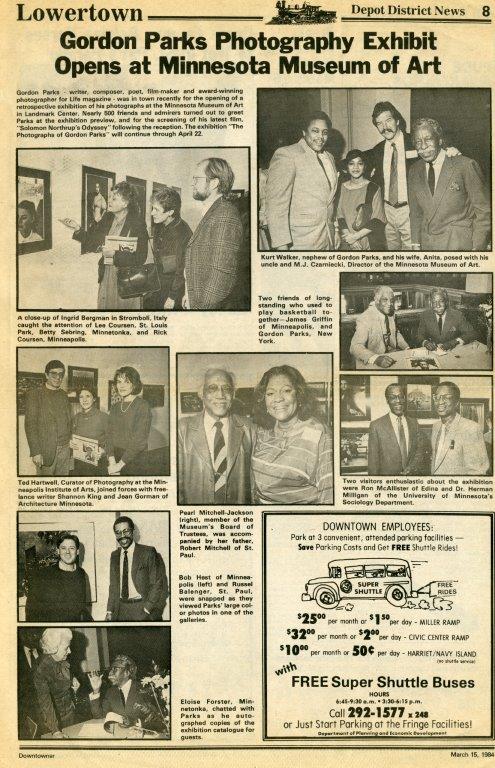 The press releases below share detailed information about a retrospective exhibition of Gordon Parks’s photographs in 1984 at the M, back when it was called the Minnesota Museum of Art and housed in Landmark Center. Click the images below to learn more about Gordon Parks and the M at that time! 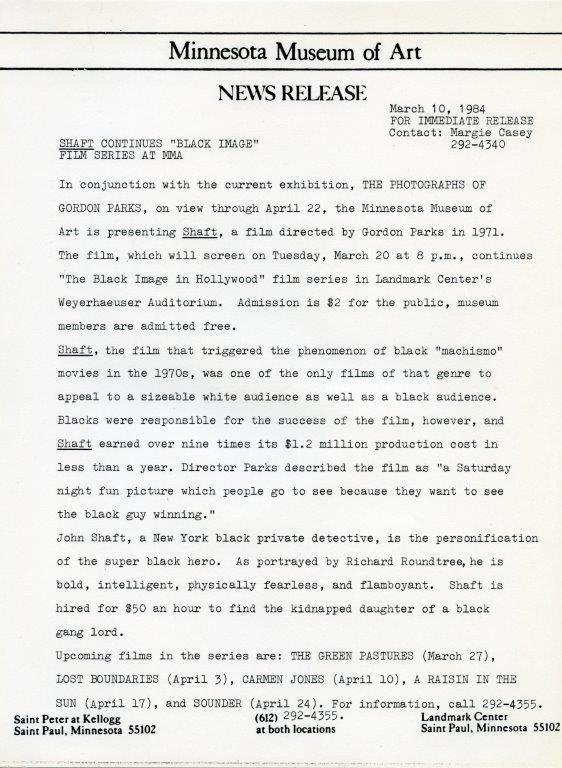 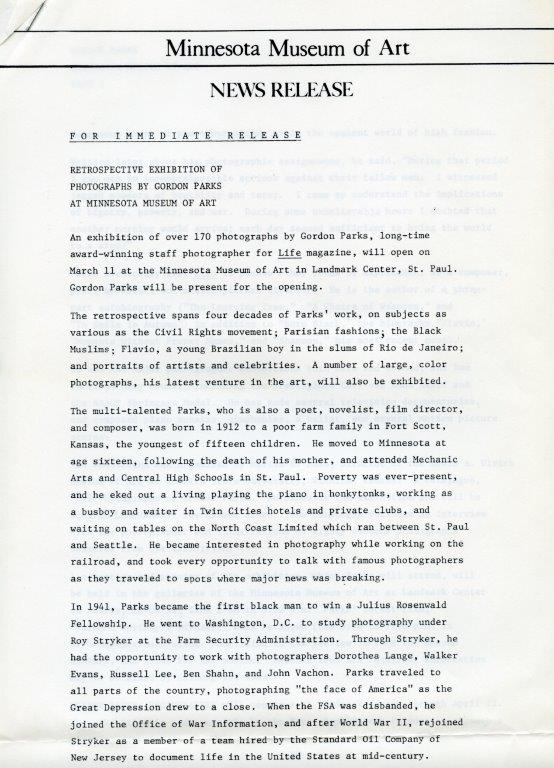 Here is a selection of photos from the opening party for A Choice of Weapons, which took place on January 23, 2020. Photos by Ryan Stopera. 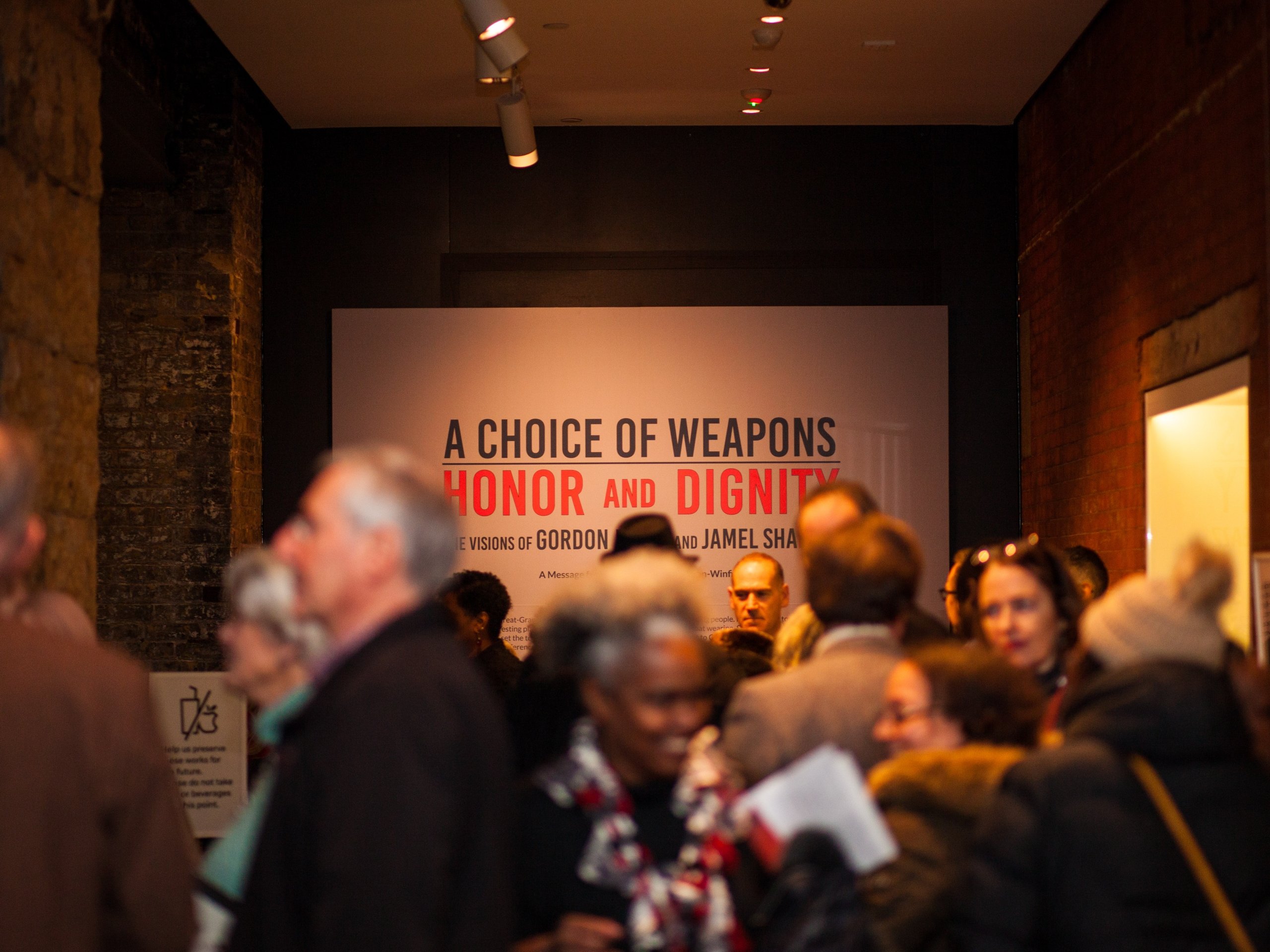 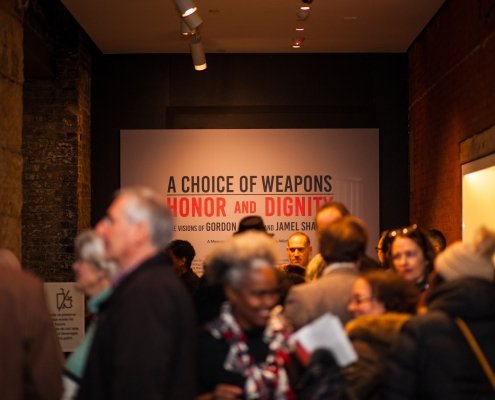 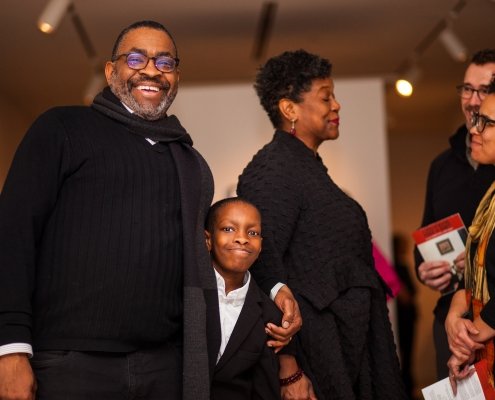 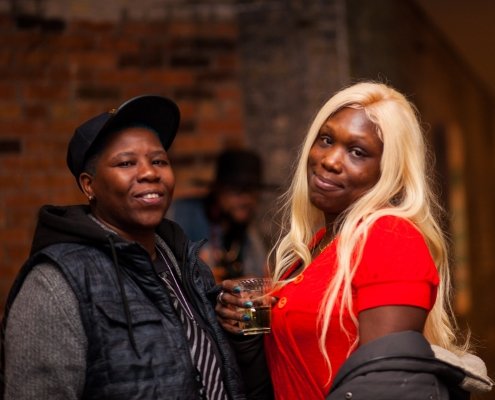 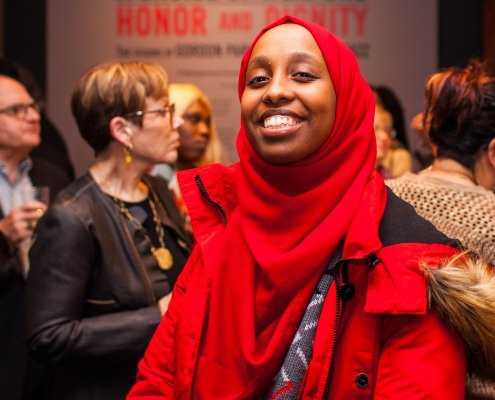 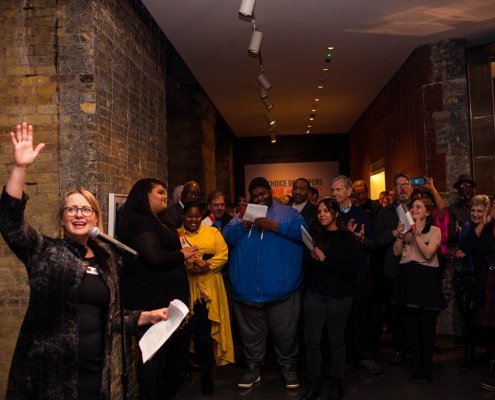 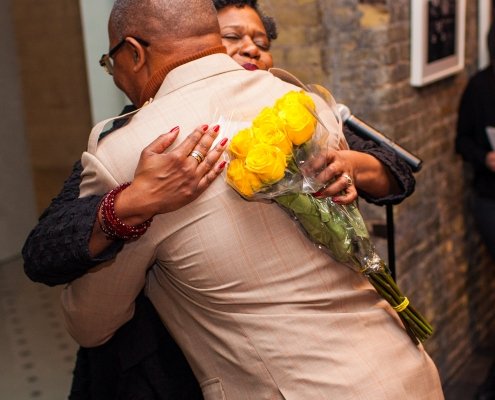 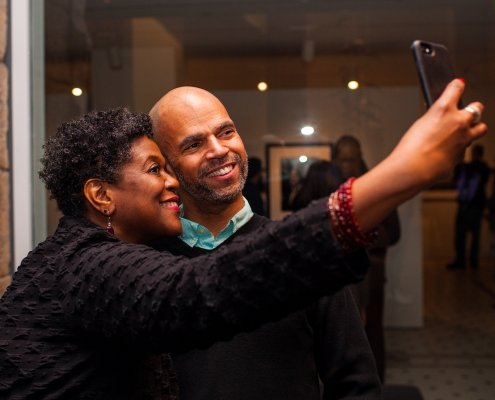 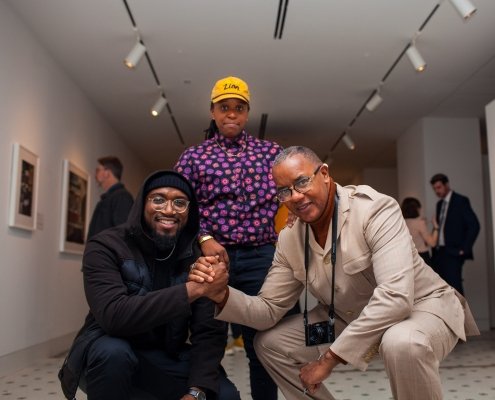 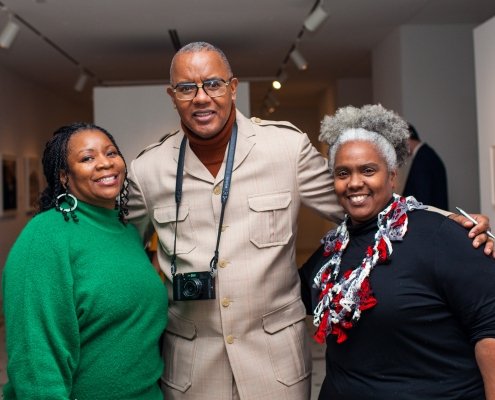 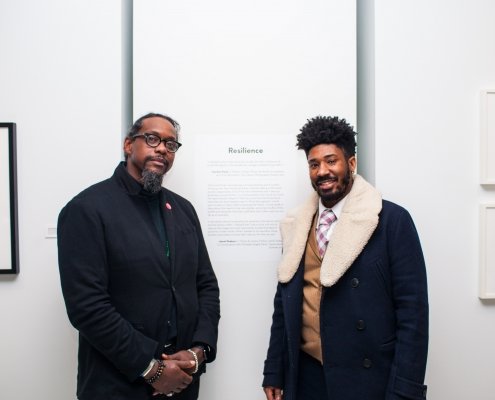