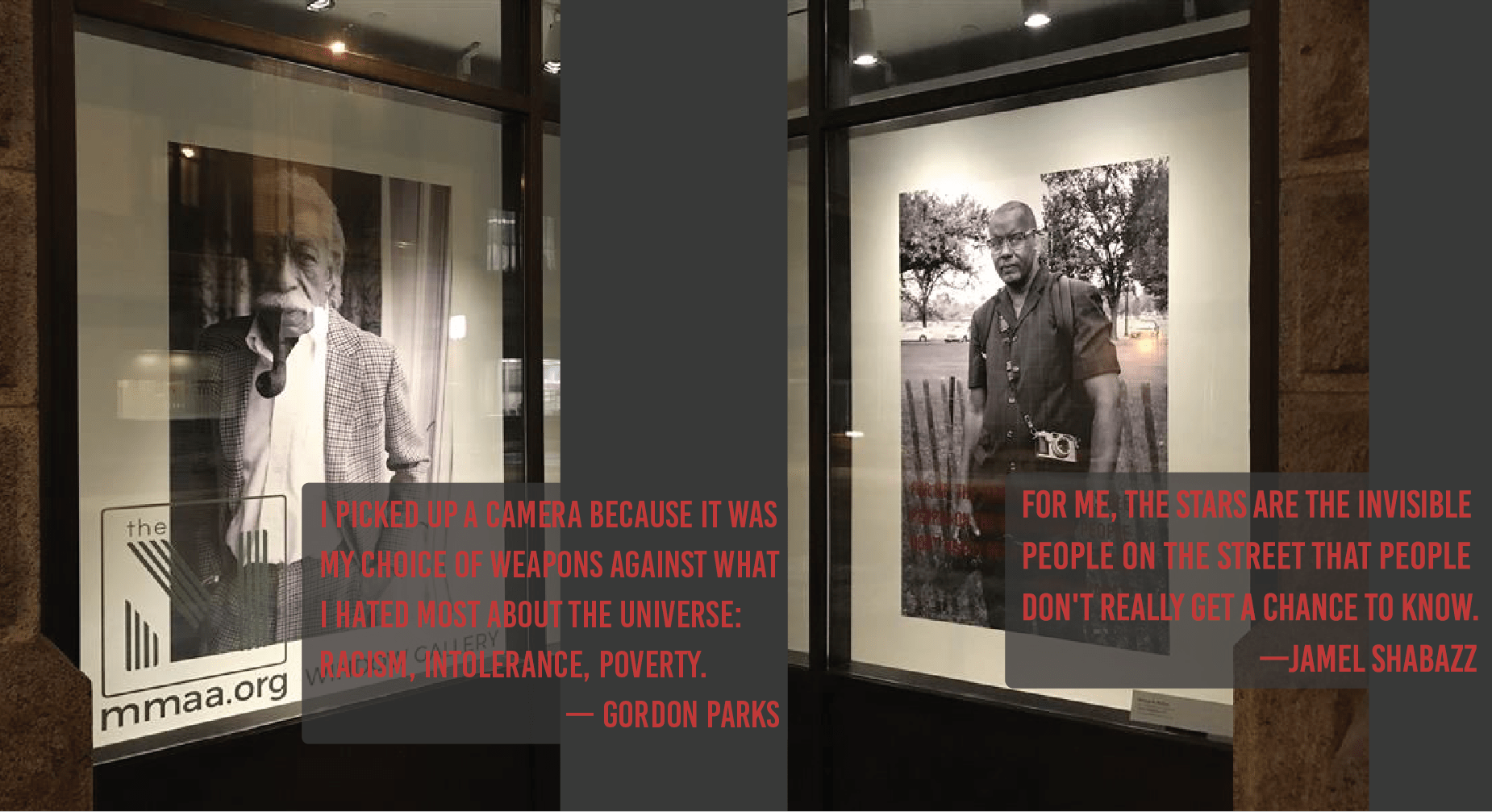 Courtesy of Michael A McCoy

Who are Gordon Parks and Jamel Shabazz?

Gordon Parks (1912–2006) was born in Fort Scott, Kansas. As a young man, he made his way to St. Paul, Minnesota, where he began his career as a photographer in the late 1930s. He worked as a photojournalist for the St. Paul Recorder and other local newspapers, and as a fashion photographer for Frank Murphy’s Town and Country department store, where the restaurant Pazzaluna is today. Parks continued to photograph wide-ranging subjects throughout his career—documenting poverty and segregation for the American federal agency known as the Farm Security Administration (FSA), creating moving photo-essays for Life magazine on topics ranging from gangs in Harlem to the Civil Rights Movement, and taking fashion photographs for Vogue and Glamour. He was the first African American staff photographer at Life, the first African American director at a major Hollywood studio, and the founder and executive director of Essence magazine. A true Renaissance man, Parks was also a noted author, poet, composer, and humanitarian.

Jamel Shabazz (born 1960, Brooklyn, New York) began taking pictures in the 1980s and quickly became one of the most dynamic street photographers in New York City. For more than forty years, Shabazz has documented changing social conditions and youth culture, paying special attention to fashion and style. Shabazz uses his camera to capture the dignity and inner beauty of the people he photographs and to undermine negative stereotypes about Black and Latinx communities. He has worked with many institutions to inspire young people, teaching them about photography and social responsibility, and has been the subject of solo exhibitions throughout the United States, and in Europe, South America, and Asia. Rapper, music producer, and renowned art collector Kasseem “Swizz Beatz” Dean has called Shabazz “the Gordon Parks of this generation.” Shabazz received a Gordon Parks Foundation Award in 2018.