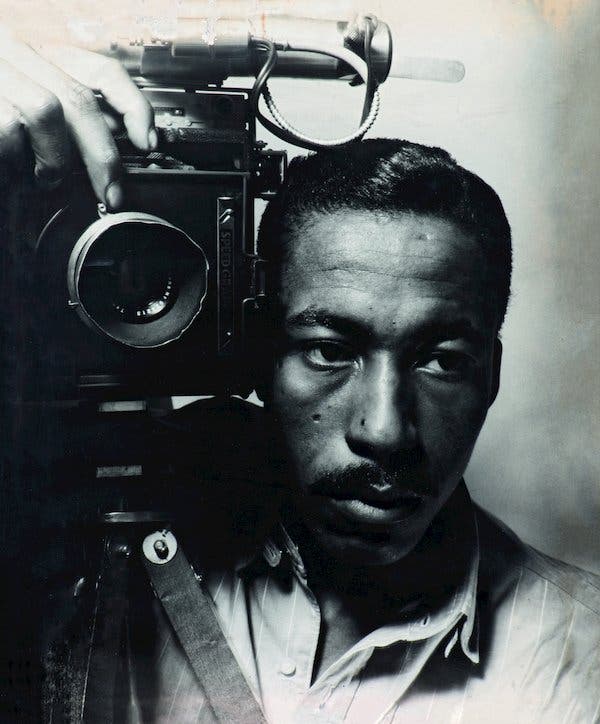 In his life, photographer Gordon Parks had to make sacrifices he never wanted anyone else to experience. But those hard experiences sharpened him, too, made him a needle with edge. When the path forward wasn’t clear, Parks made his own opportunities. He was self-taught. He knew he wanted something different than the things he grew up around; he knew the consequences of following that familiar path. If he ever wanted to become something different, he knew, he’d have to embrace whatever opportunities he had (and create new ones, if he needed to), instead of complaining about things he couldn’t change. He had to try something new.

The guy who takes a chance, who walks the line between the known and unknown, who is unafraid of failure, will succeed. —GP

As his fame grew, he was also the kind of person who set his own story aside to listen to others, determined to encourage their passion, to inspire their dedication and determination. Before his passing, there were those around him who had ears but were unable to hear his message; he was a living legend, but due to their ignorance of his background and all he’d achieved, there were some who initially missed the power of his legacy and talent. He remains an inspiration to anyone who is open to the lessons his work has to teach. His legacy still empowers us to pick up instruments besides the ones we are dealt—to choose our weapons wisely. The more I’ve learned about his life, the more I find inspiration in him as a role model: an African American male inspiring me to hold onto my commitment to go in the direction I choose, to keep my passion strong, knowing failure is a part of my learning. His words and example help me persevere in my efforts to make a positive impact and do great things, without doubting myself, even knowing others may not believe I can.

At first I wasn’t sure that I had the talent, but I did know I had a fear of failure, and that fear compelled me to fight off anything that might abet it. —GP 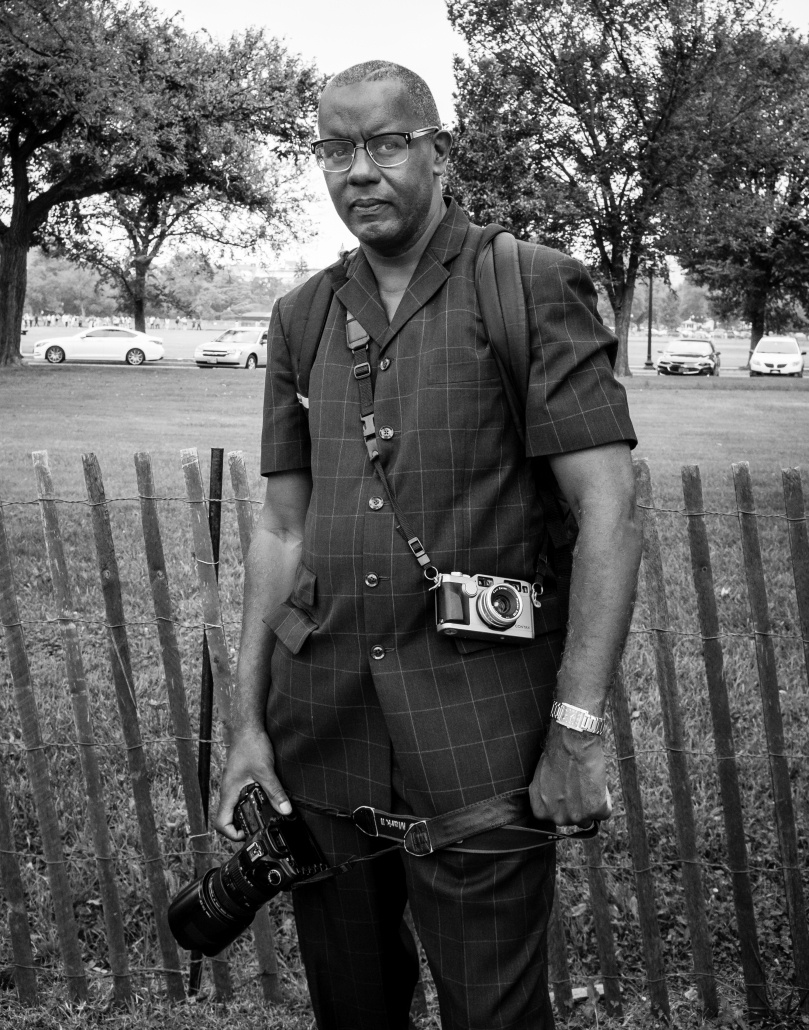 I was the first African American, mixed male in my family. My father, my biggest inspiration, wasn’t able to grow beside me early on in my life. I lived with my mother, from the time I was born until I started school. I never stayed at the same school or house for more than a year until I was nine, going on ten. I went to all-white schools, from kindergarten through my sixth-grade year, with very few children with my color or ethnicity. I came to realize that racism is taught; it’s not inherited in your genes. Did I say something when they teased me about my race at school? Did I know better? All I wanted to do was fit in. Did I understand their teasing for what it was? I sure did laugh along with them like I didn’t. I didn’t speak about my problems, because my opinion, as a child, was never taken into consideration. I didn’t stick around in one place long enough for anyone to look into my situation and make a change. But the thing is: racism—if no one tells you about it, if no one gives you the tools to defend yourself against it—it’ll catch you. I know I had that blind spot, and it caught me.

I remember: I was at a track meet with my dad. My oldest sister (out of four) was competing. I looked around and noticed people staring at us. Me being me, I was more of a “Hey” than a “Why?” kid. I was the kind of kid who gave a cheesing smile, even when there were none for me in return. I looked up at my dad and asked him, “Why aren’t they like us?” He was confused about what I meant. He looked around and told me he could tell I felt insecure, but he didn’t know how to explain those feelings to me. I mean, I get it: racism is hard to talk about, even for grown-ups, and I was a kid. My dad wanted to help me feel more secure, but I don’t think he knew how. In the circumstances of my early years, I had this side that no one knew of, or even cared about, simply because of the melanin in me—surrounded as I was at the time by whiteness from my mom’s side of the family and at school. When moments like that happened with my dad, I have a feeling everyone thought the subtle racism around us was over my head, or that I was too young to pay attention. I might not have understood what to call it, but I noticed how my father was isolated in these kinds of encounters, even at a young age.

I suffered evils, but without allowing them to rob me of the freedom to expand. —GP

Gordon Parks was 18 years old by the time the Great Depression hit, but the hard times he was living in didn’t slow him down. He made the firm choice of a camera as his “weapon,” over animosity and conflict. By the time he was 35, he was a respected figure in his field and had already published two books of photography. I’ve been thinking: What’s the point of choosing a camera? It seizes moments the eye can’t hold for too long. A camera is a third eye; it holds an image hostage and gives proof of what is seen. And sometimes that seeing itself is revolutionary.

I’d become sort of involved in things that were happening to people. No matter what color they are, whether they be Indians, or Negroes, the poor white person or anyone who was, I thought, more or less getting a bad shake. —GP

Parks’s example reminds me that negativity is a mindset; bad things may be everywhere, but how you face it is up to you. There’s audacity in remaining positive when reluctance and fear try to devour you. But only you can make the choice. No matter how badly someone else wants something for you, only you can determine your future. But sometimes other people can help you see yourself more clearly.  Another great photographer following in Parks’s footsteps, Jamel Shabazz has said, “When a photographer or a person sees your beauty, your inner beauty, it makes you feel special, like, ‘Wow, someone saw that within me.’”

And that power is only amplified when people notice things about you that you might not otherwise see, and they’re armed with a camera. A photograph allows them to lock that perception in for you. “I read a recent statistic that 87 percent of women are dissatisfied with themselves, and over 47 percent of men,” Shabazz is quoted as saying. “My work is visu-medicine to heal people and see the beauty within people.”

Shabazz and Parks teach a different way to see—a way so natural for them, they couldn’t help but share it and shine it with others.

There was a time in my life that I may not have been that nice, and now I’m in a position to contribute to the education of young people, and teach them to be compassionate, be more loving, more caring, to not use profanity, to not pollute the environment – these are things that I address in my photography. —JS

With their cameras, both men made dreams a reality, identifying and showing previously unseen sides of their communities and subjects in their photographs. Shabazz was one of those people photographed by Parks; and Shabazz, in turn, has used his camera to truly see others. And when he picked up a camera, Shabazz showed us the beauty of our souls. “I remember growing up and hearing the word ‘ugly’ a lot,” he has said. “‘I’m ugly.’ ‘She ugly.’ ‘He ugly.’ I hated it then, and I hate it now. I go past physical beauty; I tell people they have a beautiful spirit and that is something different.” He goes on, “When you look at my photos, just look into the eyes of my subjects,” Shabazz has said. “The eyes say so much.”

I’ve been thinking about my own choice of weapons, as I’ve gotten to know the work of Gordon Parks and Jamel Shabazz. My father always tells me:

That’s his daily reminder for us. Common sense is knowing your rights from wrongs, and also realizing that those wrongs can lead us to be afraid of failure. Constructive criticism shapes us. We need that correction in order to learn from our mistakes, so that next time, we’re ready.

The thing I keep thinking is that both Parks and Shabazz actively chose their weapons. They chose the paths that gave them the best options. My father always tells me, too, that if I have options, I have choices. And those options always come along with the possibility of failure. But there’s freedom there, too. I think that freedom to see my options and make my own choices—even if I don’t always choose the right one—is one of my weapons.

Waylon Rembert Jr. is in his senior year at Johnson Senior High School in St. Paul, MN. He was part of the 2019 BrandLab intern cohort in residence at the M this past summer, which helped shape the marketing and communications strategy for the M’s winter exhibition, A Choice of Weapons, Honor and Dignity: The Visions of Gordon Parks and Jamel Shabazz. The BrandLab team worked closely with curator Robin Hickman-Winfield and M staff to promote this landmark show. In the process, they delved deeply into the life, images, and community stories that make these photographers’ bodies of work so compelling.

A Choice of Weapons, Honor and Dignity: The Visions of Gordon Parks and Jamel Shabazz will be on view at the M from January 23 – April 19, 2020. 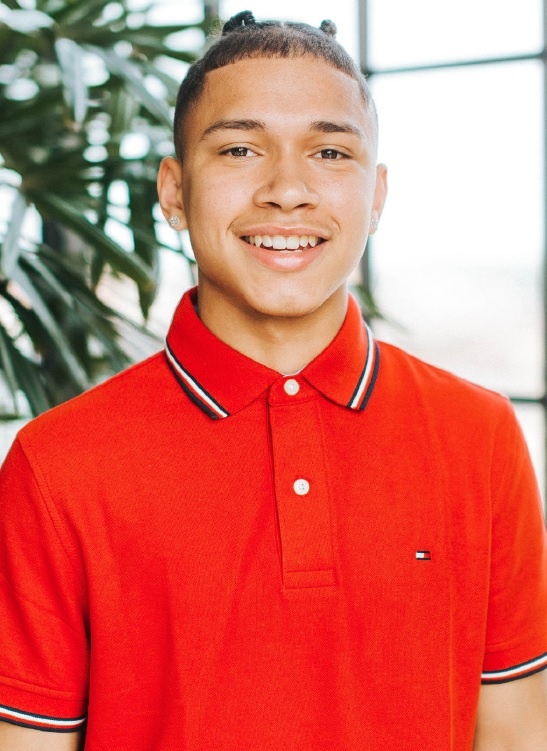